Meet Cynthia and Shaney Jo: Leaders in the Fight Against Breast Cancer 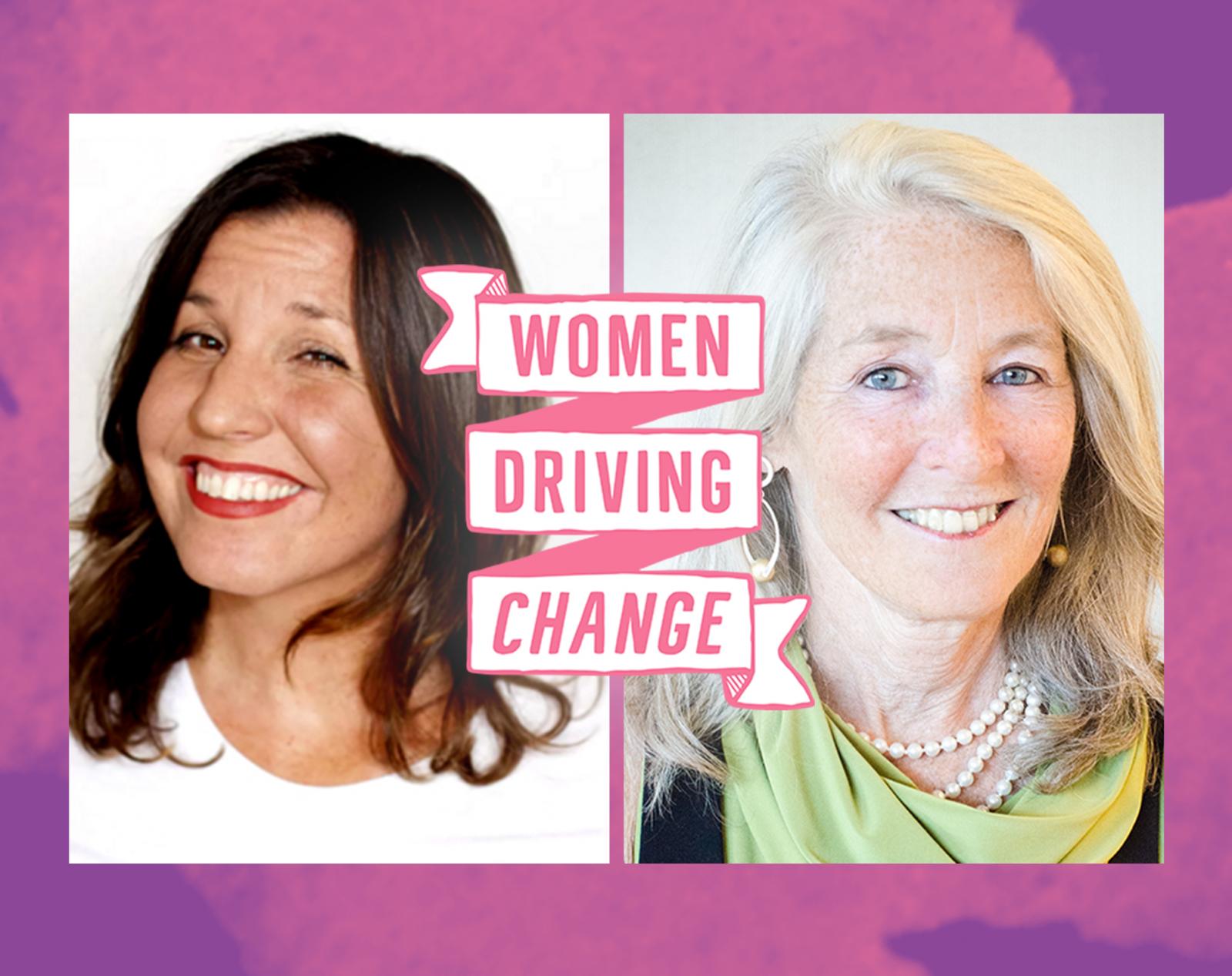 Our Women Driving Change series spotlights passionate women who have the courage to fight for positive change in our world. Whether it’s standing up for more accessible health care, creating a more family-friendly workplace, or advocating for greater ingredient transparency in everyday products—Seventh Generation is proud to stand with these radical industry leaders paving the way.

Earlier this year we spoke with longtime friend of Seventh Generation, Jeanne Rizzo, CEO and president of Breast Cancer Prevention Partners. Jeanne has been a recognized leader in her field for going on two decades, inspiring industry-changing awareness about the links between certain chemicals and breast cancer. In honor of Breast Cancer Awareness Month and our continued support in bringing prevention to the forefront, we spoke with two women championing change in their own ways. There’s never been a more important time to hear stories from those leading the fight against breast cancer.

For Cynthia Barstow, Founder and Executive Director of Protect Our Breasts, the fight against breast cancer is personal. That’s because she’s a breast cancer survivor. In 2010, a routine mammogram led to her own breast cancer diagnosis—something faced by nearly 300,000 women each year[1]. As her treatment began, so did a deep dive into breast cancer research, especially what causes the disease. Around the same time, the President’s Cancer Panel released a report, which revealed that cancer caused by environmental factors had been severely underestimated[2].

Beginning to consider the environmental causes that may have contributed to her own diagnosis brought her full circle. “During my [cancer] treatment,” Barstow says, “the reality hit me of the impact of the 85,000 largely unregulated chemicals used in our marketplace. While I slogged through treatment and recovery from it, the news made me feel sick.”[3]

In the research and learning that followed, what started off as an idea to write a book evolved into something much more. Back on the UMASS campus, where she is a professor, a passionate team of students, teachers, and advocates made Protect Our Breasts a reality. Serendipitously, Barstow learned that Dr. Tom Zoeller, one of the world’s foremost experts on endocrine disrupters and the links they may have to causing breast cancer, happened to have his office across the street. “He quickly signed on as our science advisor,” Barstow says, “and has been ever since.”

Barstow and her young organization had passion to spare, but it was a study published in December, 2011 by the Institute of Medicine that helped solidify its direction. The study found that, though we often associate breast cancer with women over forty-five, it’s younger women (up through their first full-term pregnancy) who are most susceptible to harmful chemicals and carcinogens that can lead to breast cancer later in life[4].

“I burst into tears,” Barstow says. “Every day looking out on the sea of faces of those that I teach, those women were the ones that were susceptible. They were going through life believing it was their mother and their grandmother and their aunts, but it was them.” Barstow realized that getting information to younger women about positive choices they could make in their own lives to steer clear from certain ingredients in everyday products was more important than ever.

Protect Our Breasts’ mission became about college-aged women sharing this essential knowledge with their peers. They do campus visits and encourage interested young women to form “chapters” on their campuses. They also have a robust presence on social media (check out their “Tip Card” on Facebook), and have staff members do Instagram story takeovers, which show them making positive choices about cosmetics, food, and products, “modeling the behavior that we are always putting out there to our audience.”

Protect Our Breasts is thinking even bigger than day-to-day choices, though. As Barstow says, “we are literally trying to change the marketplace.” In tandem with their science advisors, they’re working directly with packaging companies, trying to make sure that chemicals of concern are not leeching into products. Protect Our Breasts communicates directly with young women about the companies and products that are limiting or eliminating certain ingredients from products and packaging.

Learn more about Cynthia Barstow and Protect Our Breasts here.

Though she’s been a prevention advocate for nearly twenty years, Keep A Breast Founder Shaney Jo Darden, still sees herself as an artist first.

As a teenager, she fell in love with art and the DIY design culture of skateboarding and helped organize events that combined art, design, and fashion. Her life changed, though, when one of her friends and fellow artists was diagnosed with breast cancer. Darden wanted to do something to support her friend, yet traditional advocacy wasn’t her style. The result? A series of one-of-a-kind plaster breast casts showcased at an art event called Keep A Breast. “The casts,” Darden says, “communicate feelings about this horrible disease in a beautiful way.” The exhibits were a success and grew as a result, the largest featuring over 100 breast casts. “You're appreciating each one of these bodies, no matter what shape they are, as a piece of art.”

Keep A Breast was born.

Keep A Breast’s vibrant and unique aesthetic helps the organization resonate with a youthful demographic – helping drive one of its primary goals of getting young women to start thinking about breast cancer prevention. Additionally, they’re passionate about giving a voice to African-American women, who have a higher mortality rate from breast cancer, through their #blackbreastsmatter campaign. They’re also encouraging women to shop healthier to avoid chemicals of concern, and to take their breast health into their own hands.

To that end, they created the Check Yourself! app that helps young women all over the world to develop a healthy life-long relationship with their bodies. The American Cancer Society doesn’t recommend women begin annual mammograms until after they turn 45[1], but as Darden points out, “there are thousands of women under 45 being diagnosed with breast cancer every year[2], so what do young women have?” The app shows women how to perform a self-exam, helps them set monthly self-check reminders, and provides monthly notifications on how to lessen the risk of getting breast cancer. As Darden passionately states, “early detection saves lives.” The American Cancer Society backs her up and says that “breast cancer that’s found early, when it’s small and has not spread, is easier to treat successfully.[3]”

Darden knows that it’s vital to connect with people in person as well, which is why you’ll often find Keep A Breast at athletic events and music festivals. “You have to be able to reach people on a root, emotional level, face to face in order to hook them into what you're doing.”

Learn more about Shaney Jo Darden and Keep A Breast.

[2] https://deainfo.nci.nih.gov/advisory/pcp/annualreports/ - 2008-2009 - Reducing Environmental Cancer Risk: What We Can Do Now